35 year old Lee is a former Corporal who served in the 2nd Battalion, Mercian Regiment. He was diagnosed with Crohn’s disease in 2010 and is taking on the challenge to raise funds for Help for Heroes in support of his fellow colleagues.

Amazingly though he didn’t know how to swim before he started training: “I didn’t think about it really. My hip injury meant running was the biggest psychological thing so swimming took a back step until we got in the pool for the first time and I could only swim about four feet. 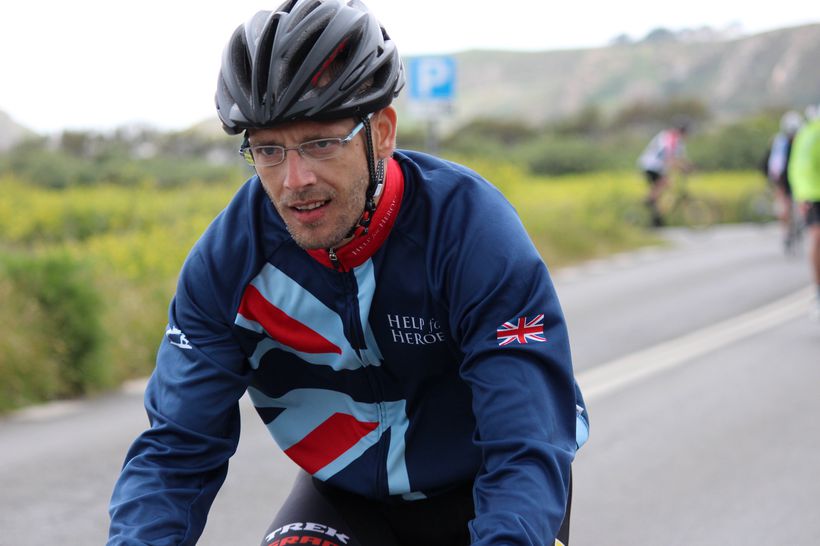 Since then he’s swum every week, both in the pool at Help for Heroes’ Phoenix House Recovery Centre and in the sea: “It was horrible, way too cold! But as time went on I got into it. Since then I’ve done the Cotswolds triathlon, did the Ironman swim and now I’m a lot more comfortable.”

Lee faces further challenges with his disease and is due to have an operation in November but Arch to Arc is his main drive until then: “It’s what I need at this moment, I can’t take that step back. When I come home from training my family are asking about it – it’s given them something to be involved in too.”