A Plymouth-based Army veteran-turned-artist has partnered with the Charity to design two new T-shirts and a fundraising Christmas card – and issued a plea to other veterans to step forward to ask for help if they need it.

Kevin Preston, 57, served with the 1st Battalion Coldstream Guards for four years, before leaving the service, and, having joined the Coldstream Guards Association, a fellow member suggested he should join a Help for Heroes’ art group. It was a life-changing suggestion.

Kevin explained: “I am really grateful to Help for Heroes. I struggled with my injuries and the one thing that was important to me was my art. They gave me the biggest boost I could ask for and nothing was a problem. They took a real interest in me and my art, more than anyone before.

“They brought back my confidence in showing my paintings again. And coping with my pain. I had something to look forward to. There are a lot of people worse off than me, and you get to see how they cope with their injuries, and it inspires you to go forward.” 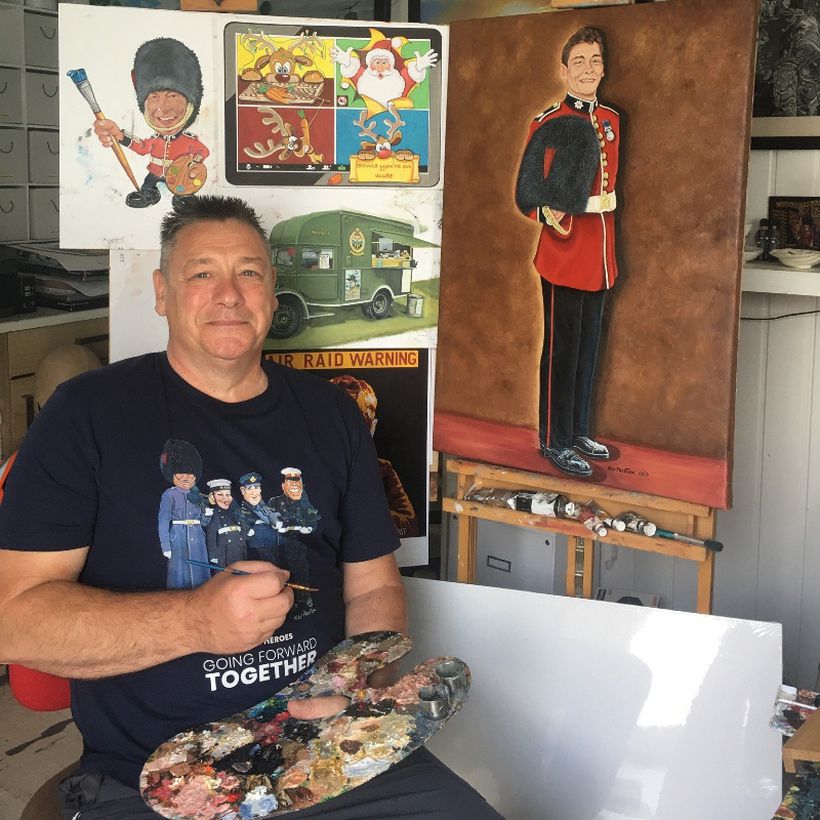 Art has always played a part in his life, as he recalled: “I’ve always been interested in art, since I was able to pick up a pencil at a very young age. The first portrait I did was of (TV’s) Six Million Dollar Man, Steve Austin, ‘a man barely alive’, who was rebuilt into a bionic man.”

Kevin continued painting and drawing when he left school and joined the army, but little could he have known a hobby would later become a successful therapy.

He added: “In Northern Ireland I would get photos given to me by the lads and draw them so they could send them home to their families. This led to a job in the Assault Pioneer Platoon. Once back in England I worked in the pioneer shop as the battalion sign-writer until I left the Army.”

It was during a tour in Northern Ireland, in 1982, that he injured his back to the extent that he required four spinal operations – what’s more, he also suffered a stroke. Like all Armed Forces personnel, he was stoical about his situation, but he can now admit that approach meant he struggled after leaving the service.

He admitted: “I never complained much, you just had to get on with it. This led to all sorts of problems, for which I ended up needing a lot of help, because at the time I was too proud to ask for it.”

Kevin has already sold three paintings in aid of Help for Heroes, created artwork for Help for Heroes’ gig boats and taken part in the Help for Heroes Creative Force Exhibition in London. Closer to home, he enjoys being part of a local exhibition at the Royal William Yard, in Plymouth. 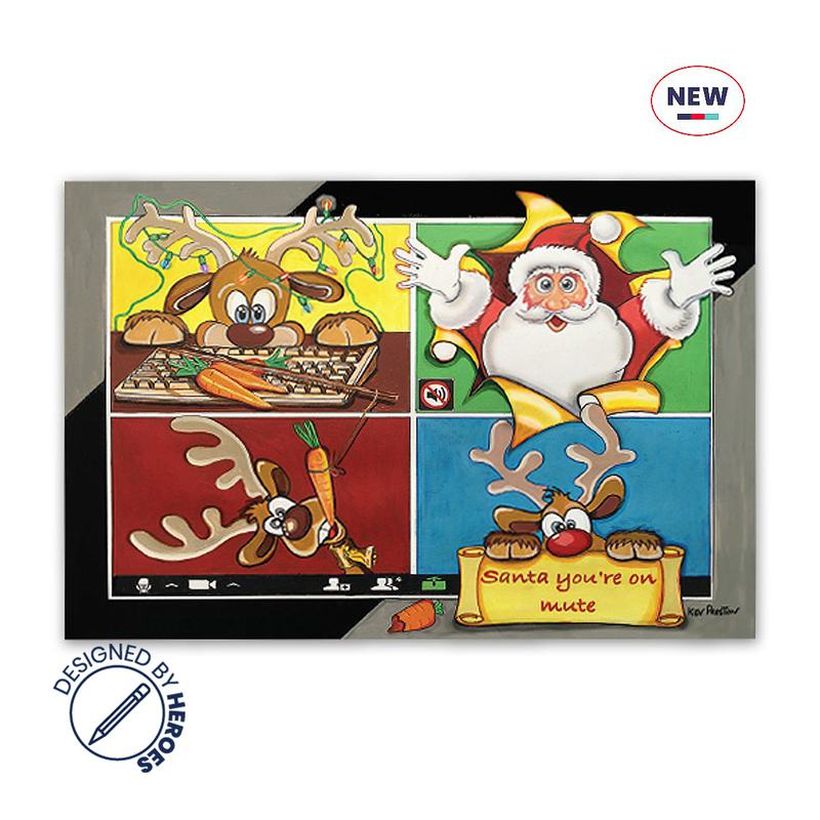 With his wealth of creativity Kevin has helped create artwork for two new Help for Heroes T-Shirt designs, one with the oft-used phrase ‘Chuffed to NAAFI Breaks’. The design includes a detailed illustration of a World War II NAAFI van. The second design features a group of servicemen and women painted in Kevin’s unique style, titled ‘Forward Together’.

And, in the autumn, a further design will also be available to purchase in the form of an illustrated Christmas card, named ‘You’re on Mute’.

Looking fondly at his time with the art group, Kevin smiled: “I mostly enjoy my art and the banter with other veterans from all the tri services.

“It’s overwhelming that a charity dear to my heart and which has helped me, has asked me to help design some T-shirts and a Christmas card, which can be sold to help other veterans in need of support. It’s a no brainer.”

And the talented artist appealed to other veterans who may find themselves in a similar situation to his to come forward for support.

He urged: “Please don’t struggle with life after your time in the services; if someone recommends Help for Heroes to you, jump at the chance. There are a lot of inspiring veterans that have been through hell and come out the other side. Everything can be adapted to your needs; there is always a solution to a problem. Nothing is too much trouble.”